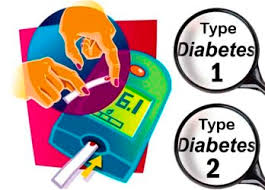 Over the next few weeks we intend to focus our blog posts on several special populations ( Diabetes, Pre And Post Natal, Back Pain, Heart Condition, Osteoporosis etc) and the exercise modalities and modifications that should be employed to assist these various but significantly numbered groups during personal training sessions.  The first blog in this series will look into the increasing prevalence of Diabetes, particularly the Type 2 version which is increasing at an alarming rate, exercise and diabetes and recent research into the area.  Before detailing the various exercise modifications and various recent research aimed at tackling the issue, a quick review of Diabetes and the complications arising from those who suffer from it is pertinent.

In many ways the most severe of the two types of Diabetes, this develops when the cells within the Pancreas that produce insulin ( the hormone responsible for regulating blood sugar) are unable to produce any of the hormone therefore rendering the person with the disease unable to process the glucose they have consumed and converting it to produce energy.   Between 5 and 15 per cent of all people with diabetes have the Type 1 condition and treatment is via daily insulin shots together with exercise and a healthy diet.

Becoming more prevalent due to the increased consumption of sugar-laden foods and sedentary lifestyles, this form of diabetes develops when not enough insulin is produced or when the amount that is produced does not work effectively causing glucose levels build up in the blood, often referred to as insulin resistance.   Type 2 diabetes accounts for between 85 and 95 percent of all people with diabetes and is treated in various ways such as increased physical activity and dietary modifications, as well as insulin.

The number of adults in the world with diabetes has doubled since 1980, according to recent research by Imperial College London and Harvard University in the US.   Historically, most personal training programmes have focused on aerobic exercise as the main modality to help those suffering with Type 2 Diabetes.  However, recent research* which was published in the Journal of the American Medical Association (JAMA) suggests that adding strength training could result in greater benefits particularly in reducing glycaemic levels.  The randomised, controlled trial based on 262 sedentary men and women all suffering from Type 2 diabetes, involved dividing the participants into 4 groups.   Group 1 were offered weekly stretching and relaxation classes;  Group 2 were given a resistance-only training programme, where they exercised three days a week; Group 3 performed only aerobic exercise, approx 150 minutes of moderate intensity activity a week;  Group 4 did a combination of aerobic exercise and resistance training.   All exercise sessions were supervised and designed to have equal time requirements.

Whilst all of the 'exercise' groups reduced their waist circumference, only the combination group improved their maximum oxygen consumption compared to the control group.  Furthermore, while the resistance only training group lost an average of 1.4kg of fat mass, the combination training group (cardio and strength) lost an average of 1.7kg fat mass compared with the control group.  More importantly perhaps is the fact that the report states that it was the combined exercise programme that was associated with the greatest reduction in glycaemic levels.

Although it is abundantly clear that most exercise programmes for diabetes have a positive effect on health and disease prevention, it is clear that when dealing with specific populations it is important to have a good understanding of how certain personal training programmes for diabetes need to be carefully constructed in order to ensure successful outcomes.  Research and trials like the one above give vital information, providing personal trainers, exercise coaches and diabetes sufferers the tools with which to devise and implement beneficial and bespoke exercise programmes.

In the next post we will look into the often conflicting arena of exercise in pregnancy.